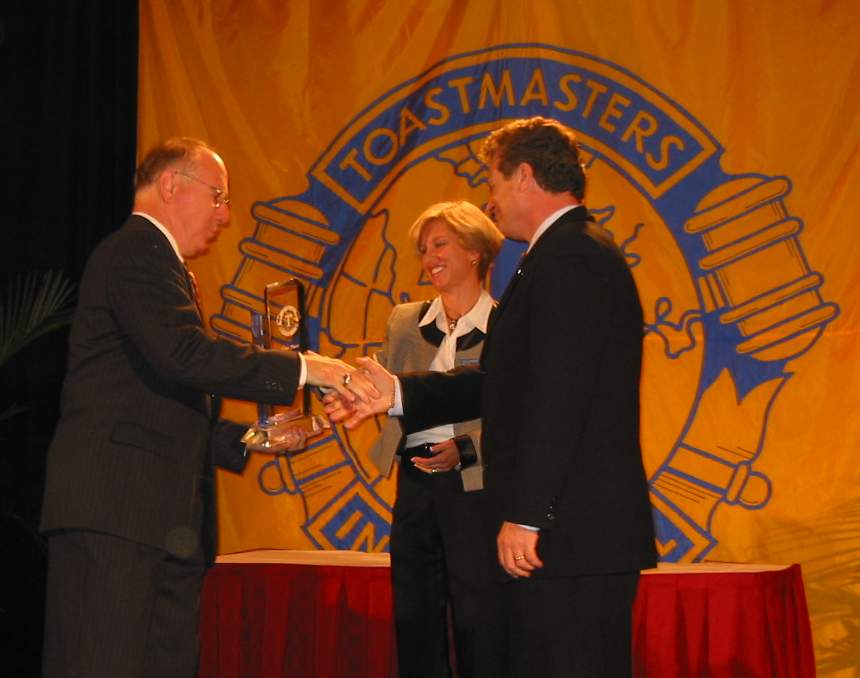 Speakers from 8 Districts outside the USA and Canada competed for a place in the World Championship of Public Speaking at Atlanta, Georgia, on Tuesday, August 19, 2003.

He competed in the World Championship of Public Speaking held 4 days later. Cliff didn’t win this time, but the experience gained will help tip the balance next year.

The final of the World Championship of Public Speaking is arrived at after a long and exhaustive process.

There are 9 speakers in the final, each representating one of 9 Regions in Toastmasters International. There are about 8 Districts in each Region. 8 of the Regions are in the USA and Canada. The Overseas Districts Region covers the rest of the Toastmaster World with Districts from Australia (3), New Zealand, Indonesia, Southern Africa, the Phillipines and Ireland and Great Britain.

In each Region there is a series of heats. To get to the final a speaker has to be successful at the level of Club, Area, Division, District and Region.

The 77 District finals are held in May each year. The USA and Canada Region finals are held in their respective regions in June. However, the Overseas District Region final is held as part of the World Toastmaster Convenion in late August in the USA. So, after winning on the Tuesday night, Cliff had to compete in the World final on the Saturday morning, with a completely new speech.

The Overseas Districts are currently making a submission for their Region final to be held in June somewhere in their geographical region. This will make for a more level playing field in the Final at the Internation Convention. 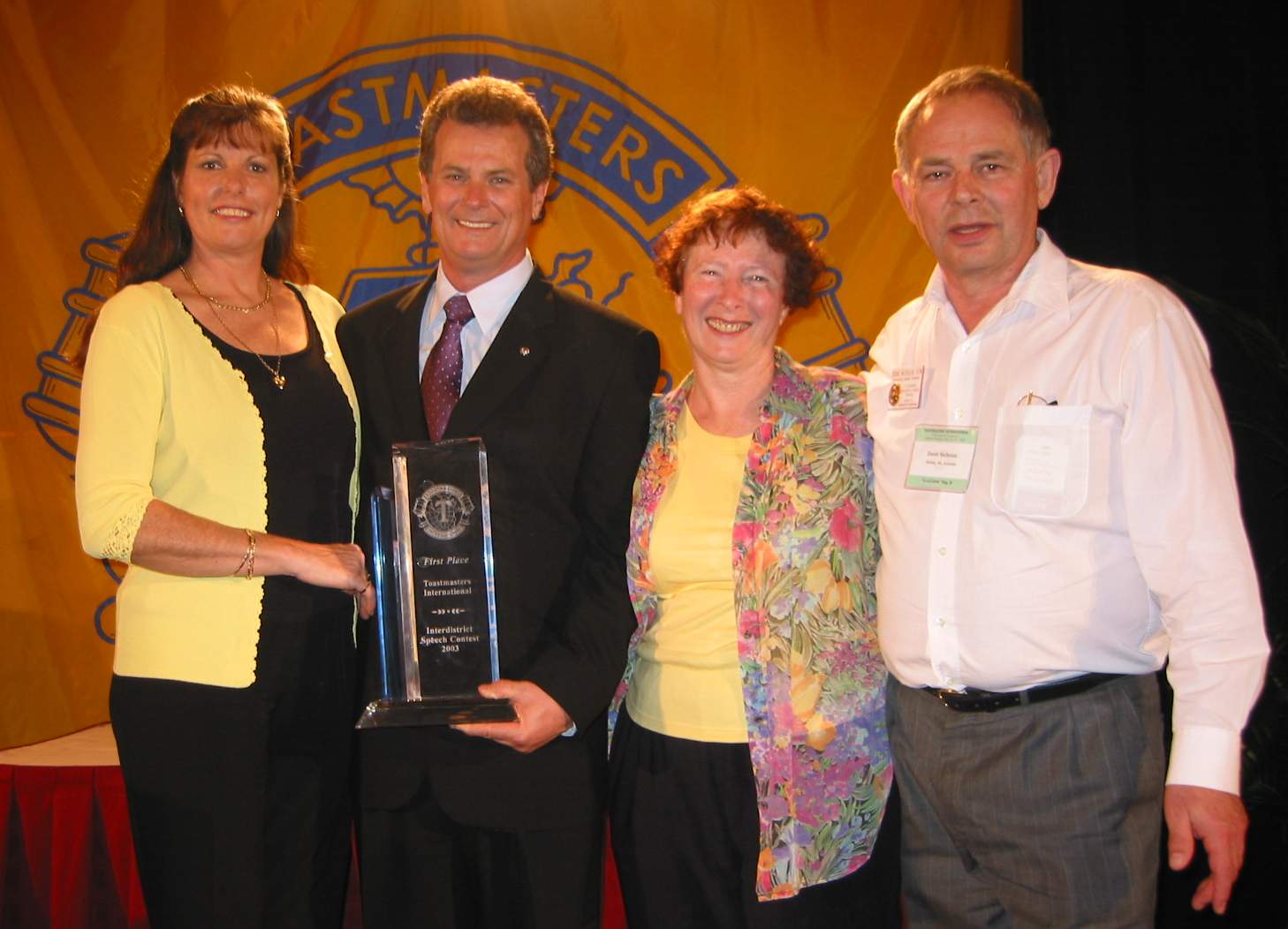