Video speeches can be powerful

I gave a speech at Victoria Quay on Wed evening, Jan 27.  It dealt with the powerful impact that speeches now can have by using the internet to publish them.

Martin Luther King’s speech: I have a dream

Martin Luther King made this famous speech to more than 250,000 people in Washington on Aug 28, 1963.  He had prepared and written out the speech beforehand.  The words were published sometime later and became very famous.

However, in 2013, 50 years later, a film copy of that speech was recovered and published for the first time.  It has now been viewed by millions of people around the world.  Whereas previously it was mainly available as written text to people who read books, now it can be viewed by anybody with access to the internet.  You can right now.

Contrast the time that took to be published and available to be viewed with another quite famous speech.  The then Chief of the Australian Army, Lieutenant General David Morrison was appalled to discover that some soldiers had conspired to set up a Skype video broadcast of one of them having sex with another soldier – female of course – without her consent or knowledge.  In April, 2013, the day after he learned of the disgraceful incident he prepared and delivered a short speech which was distributed to members of the Australian Army.  It was immediately rebroadcast on the net.  When I viewed the speech on the net, it had already been downloaded more than 2,671,000 times.  By the time you view it, that number will probably have increased significantly.  Retired General Morrison has now been named 2016 Australian of the Year.

On Monday, the day before Australia Day, another powerful speech was published on the internet.  Stan Grant is a journalist and television presenter.  His speech on racism and the Australian Dream is a gripping account of the way from the very beginning of the British occupation of Australia, indigenous people have suffered from racist abuse leading up to last year’s booing of the indigenous former Australian of the Year, Adam Goodes.  You may find it uncomfortable to watch and listen to, but it is very powerful.

If you have looked through these three video speeches, published via YouTube, you will see that they can be a very effective form of communication.

If you want to know how you can get help in developing your own video skills through Netmasters, a related Toastmaster Club, contact David 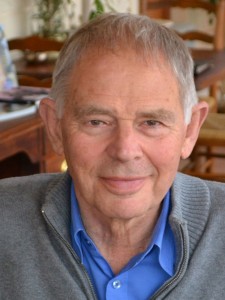