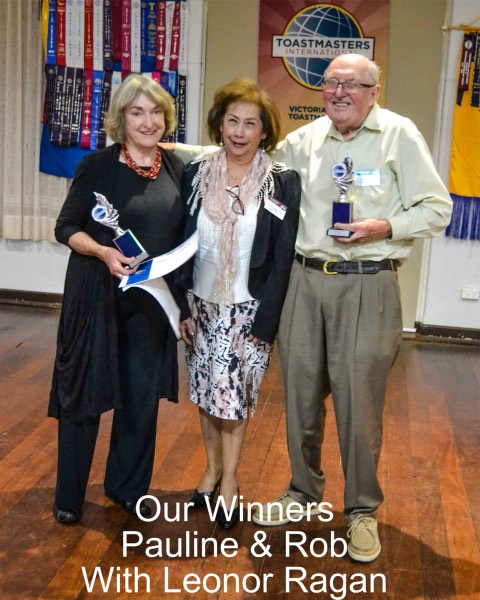 So what is Area S32? and who is Leonor Ragan?

Leonor Ragan is our District 17 Director.
She has overall responsibility for all the current 82 Clubs in Western Australia Those 82 Clubs make up District 17 – it is one of the 107 Districts in the world.
Leonor presented the trophies to the winners – to our Pauline and Rob

Southern Division, one of 4 Divisions in WA, is our Division

Area S32 is one of 5 Areas in Southern Division.  We are in Area S32
Gateway, the Tuesday night Club, is also in S32
Quaynote Speakers, our new Monday night Club, will be in S32

Here are the meeting details 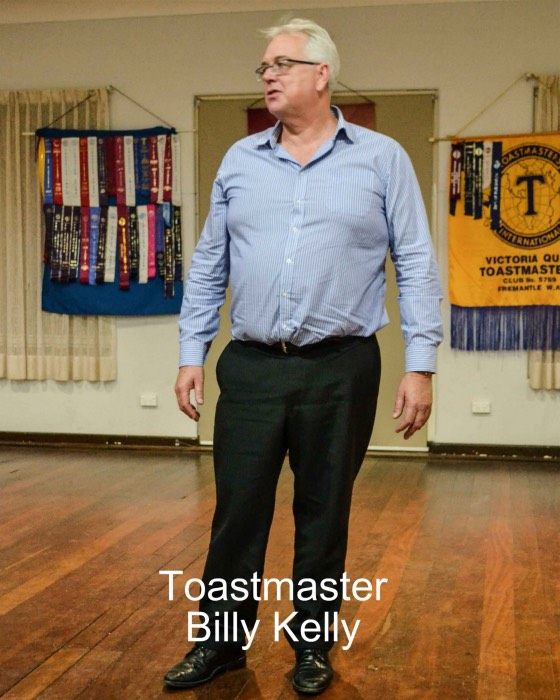 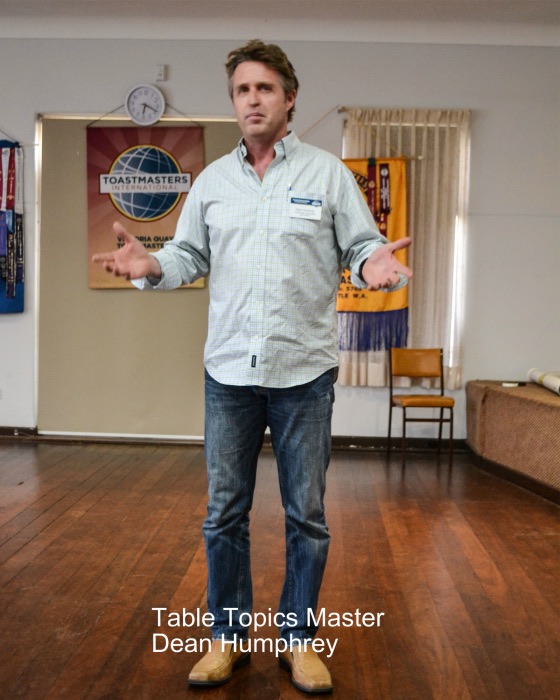 There were 27 people present.
with 16 Victoria Quay members.

Kevin Sansome was Chief Judge
He is Southern Division Director

Supper was supplied by our members.
It occurred between the two Contests. 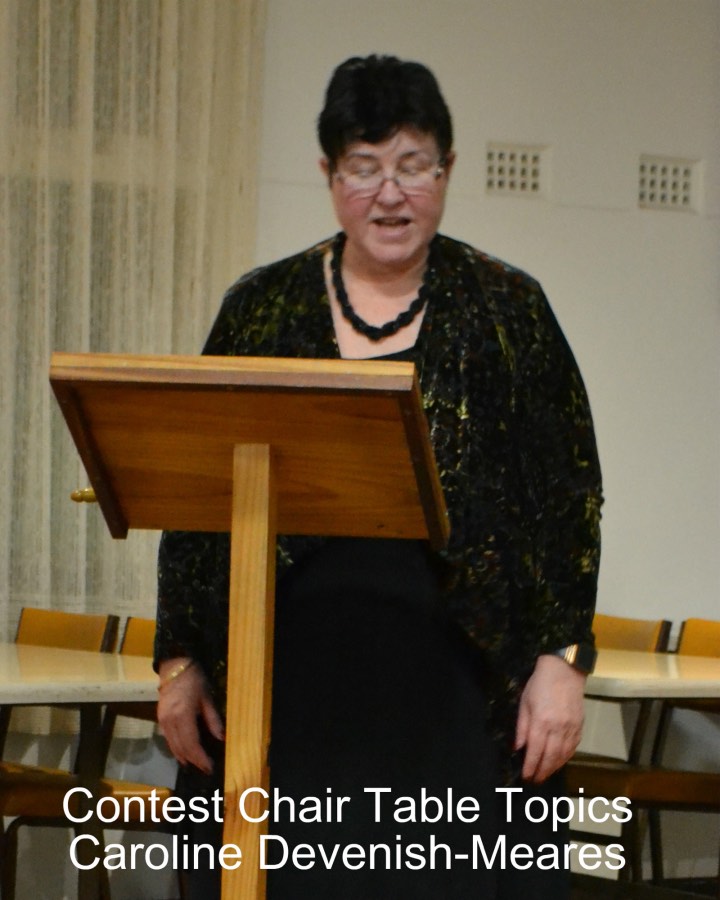 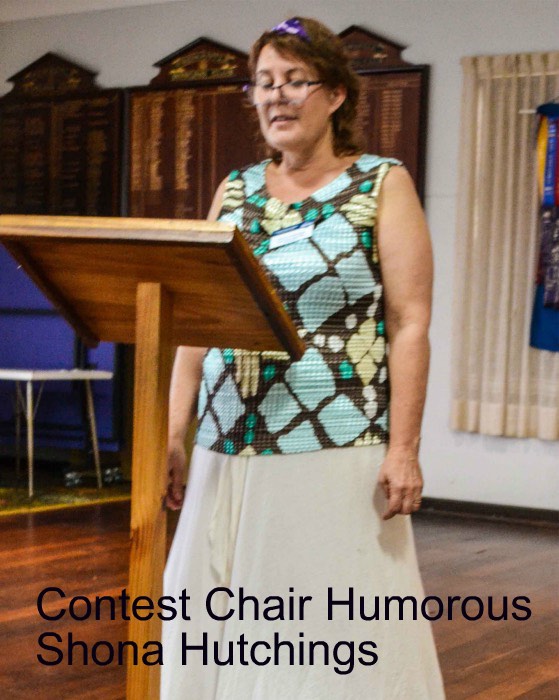 Shona Hutchings was the Contest Chair.

Rob Turner was the winner with his speech
My Two Loves

Caroline Devenish-Meares was the Contest Chair.

Each  Contestants received the same topic:

Pauline Rea was the winner

The next contest level

The Southern Division final for Humorous Speech and Table Topics

will be held at The Gary Holland Community Centre in Rockingham

on Sunday 13 November starting at 1.30pm

Rob and Pauline will be representing Victoria Quay and Area S32