The Area S32 Contests were held on September 30 in Wellard

There are 5 Clubs in Area S32 which is part of Southern Division in our WA District 17.

The clubs are Victoria Quay of course, Fremantle Gateway, Rockingham, Netmasters and Cockburn

Contests were held to select who will compete in the Southern Division final on November 12 for the Humorous and the Table Topics Contests.

When he received his award from District Governor Robyn Richards DTM she responded in the style of his speech – as you can see.

There were two contests – for Table Topics and the Humorous Speech. The contests were organised by the Governor of Area S32 Marianne Law. Yes, she is related to one of VQ’s members.

Toastmaster for the night was Tina, Tuira-Waldon from Rockingham and Netmasters.

Chief Judge was Peter Law – from Netmasters as well as Victoria Quay  .

VQ member Jeni Alford was one of the two Tally Counters.

VQ member Li Liu was one of the two Timers 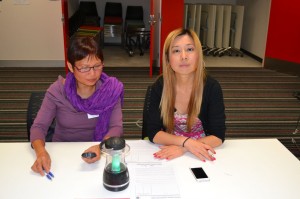 The Timers – Li is on the right

What about the Table Topics Contest

Yes, there was a Table Topics Contest and our Dean Humphrey represented us there. 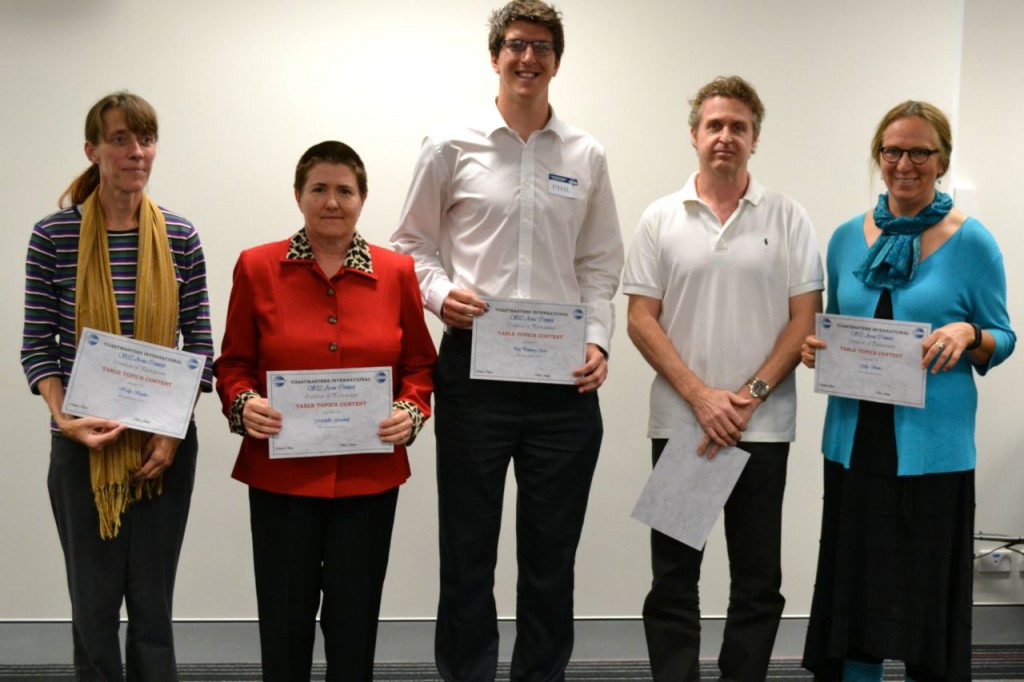 The TT Contestants
Dean is 2nd from the right
So, why didn’t Dean win it, just as Roy did with the Humorous?

He went overtime and was disqualified!!
Most of our members I spoke to were confident he would have won if he had not gone overtime. There we are, Dean. It was good experience for next year.