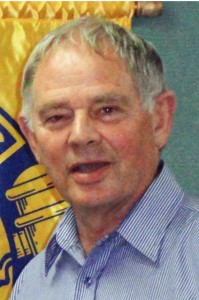 David Nicholas has just achieved his 6th Distinguished Toastmaster award.  What an achievement.  This puts David in the top echelons of  Toastmasters from all over the world.

David, on behalf of the Victoria Quay Toastmasters Club, which David  was a founding member of 16 years ago, and its members,  I would like to congratulate you, not only for your DTM achievement but for your years of dedication, passion and mentor-ship for our club and many other clubs and members who have benefited from your assistance.

David is a skillful, supportive and positive Toastmaster who has helped many people over the years achieve their goals within TMI and in particular within  WA,  He has been a long time and influential  leader within the TM organisation and is recognised for his outstanding effort.

David has been one of the driving forces behind WA being awarded its own district.  Well done David from all of us a Victoria Quay. 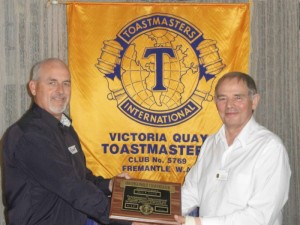