Take advantage of a new feature in these reports. You can access a slide show of all the photos by clicking on any one of them. Try it.

The meeting was hot stuff – after a sizzling day 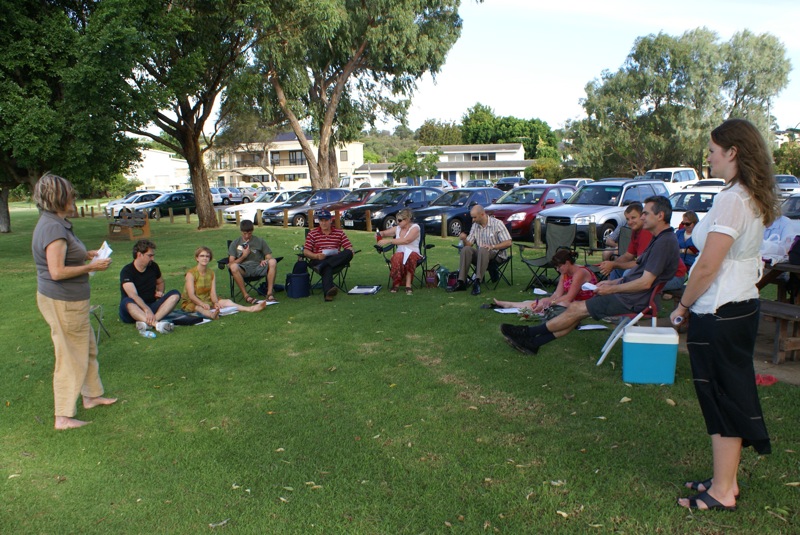 The temperature was 37C for the day and at 6pm it was still 36 in Perth. We met at Tompkins Park in Applecross, next to the Melville Cricket Club Rooms. It was a hot day with a hot easterly and when Acting Sergeant at Arms Mark Richards opened the meeting we appreciated the shade trees. But the air temperature cooled down steadily as the meeting warmed up. Young cricketers walked past us on their way to practice in the nets, a spring in their steps. Towards the end of the meeting they trudged back again, lugging their bags of bats and pads.

Judith was Toastmaster. New member Craig gave us his Inspiration.

And then it was time for Table Topics 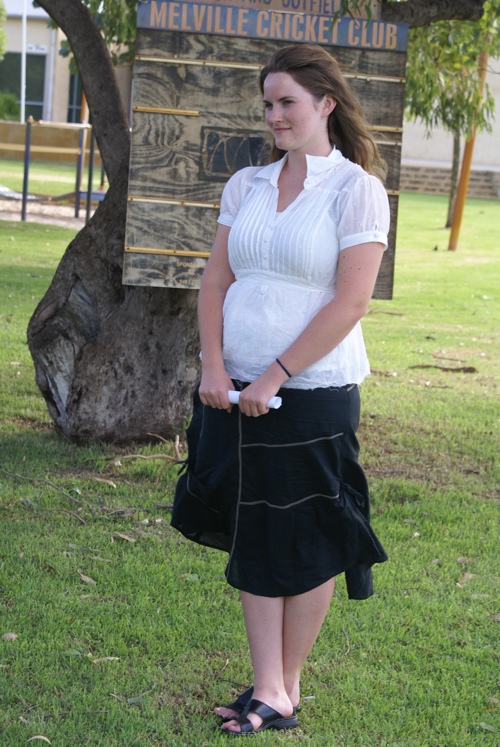 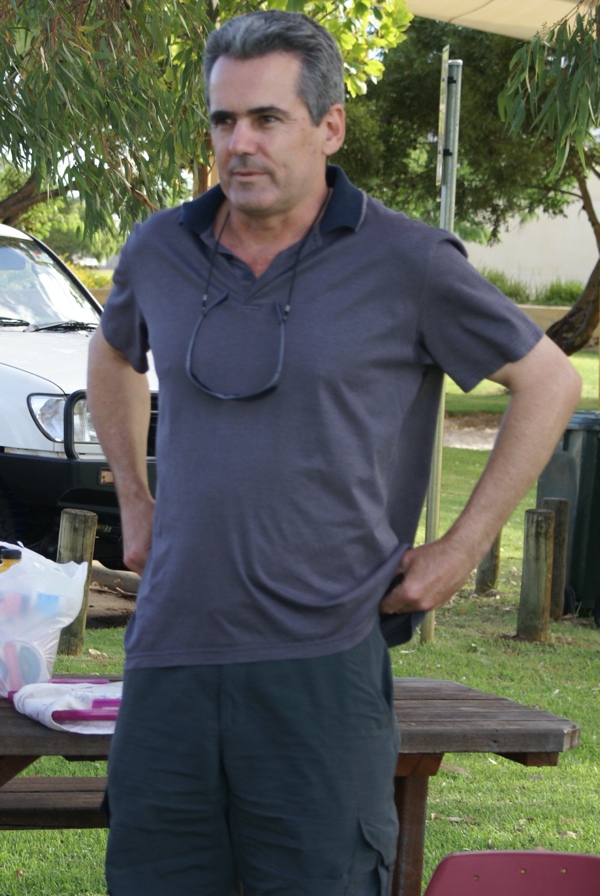 She chose a love theme  – it was Valentines Day the next day. Our first speaker was Mark who was visiting – we don’t normally put visitors on first, but in this case it was OK because he had been a member previously in 2005.

There were 5 speakers after which Karyn gave us a brief Inspiration and Heljo did the Table Topics Evaluation.

We had 4 prepared Speeches

Amanda gave her Icebreaker – her first prepared speech to the Club. “Romance on the high seas” fitted the meetings’ romantic theme perfectly. She took us from falling in love with a bare chest and blue eyes in Nimbin to a 6 month journey on an ocean going yacht up the east coast of Australia. And that was the end of the romance! Mark gave the Evaluation.

David delivered his Icebreaker, “Waltzing Matilda” though this was for his 8th CC Award. Politics is his passion, and that morning he had admired a TV broadcast of Prime Minister Rudd’s Apology to indigenous members of the Stolen Generation, while 11 days before his grand-daughter Maltida was born. So the audience were invited to be surrogate Maltildas as he detailed some political ancestry. John Kirby, his Great Grandfather on his father’s side worked to bring in adult franchise in South Australia and helped his wife and 2 daughters to be the first women to vote at a democratic election in the Western world. Ray Henderson, his Grandfather on his mother’s side, a clergyman, stood up for his principles during the First World War and was sacked from his church. Lynn gave the Evaluation. 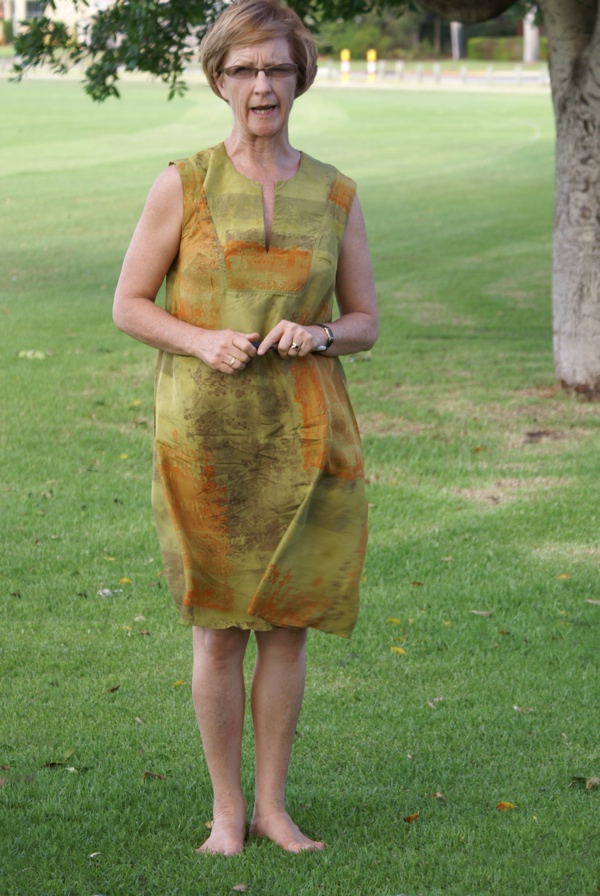 Gail also brought history to life with Speech 5 from the Story Telling Manual. Her history dealt with early contact from Dutch sailors with the indigenous inhabitants of Australia and New Zealand. Dutch sailors landed on the North West tip of Australia in 1906. They found few Aboriginals who displayed no aggressive tendencies towards them. However the New Zealand experience was quite different. When they appeared off the coast some canoes came out immediatley, and the numbers built up very rapidly. There were hostile encounters with some sailors killed. Gail discussed the consequences of these two different experiences. Lynn gave the Evaluation. 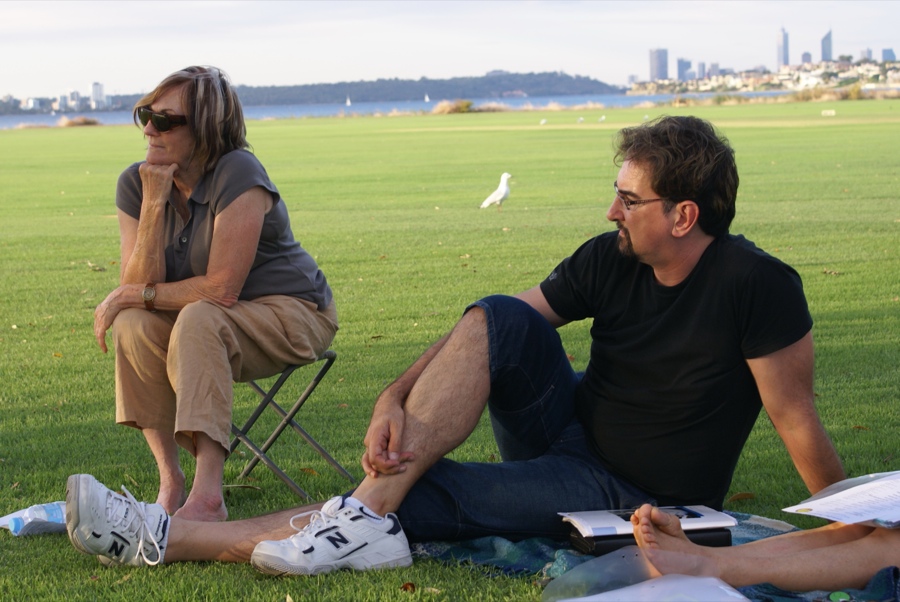 The grass, Kings Park, the river and the city

Colin presented the meeting Highlights. He had a bit of a battle with his notes in the wind. Mark evaluated the Evaluators. Lynn gave yet another Evaluation – the General Evaluation of the meeting as a whole. Judith handed back to Lynn yet again, this time in her role as President. She asked our two visitors for feedback. Alan was as appreciative as always – he is almost a member. Mark said he would come again next week when we are back at the Bowling Club, and will probably join again.

Then we shared around our food and drink and had a delightful time in the cool of the evening as the sun went down. Yes, it was cool – compared to the day that is.