Of course, very year is important. However we have two very important Anniversaries in 2015.
The first is our very first meeting.
The second is our Charter date as Club 5769.

Firebug didn’t help me.  It seemed to say there was no padding around the pic.  But there obviously is when I use Add Media.

In this first version I used Add Media but didn’t include a Caption.  I added the caption description manually.  Note the space between pic and text. 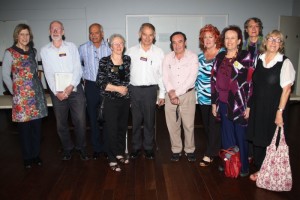 In this next version I used the Caption option with a short Caption.  It seems to have a Center alignment but it didn’t center it.  There is a line space between pic and text.  As well the caption text is smaller, which is probably the default.

Now a different version, constructing the entry by using the file name, but not Add Media.  This gives the result I want.

We held our first meeting in the CY O’Connor Centre on Victoria Quay on Wednesday evening, April 12, 1995.

We held our 1000th meeting at the Fremantle Bowling Club on Wednesday evening, April 15, 2015

So that was our first 20 Year Anniversary

It took us seven months to build up our membership to the magic 20, required for Charter as a Toastmaster Club. We sent the application – and the money of course – to World Headquarters in mid November. The Charter was granted on November 27, 2015. 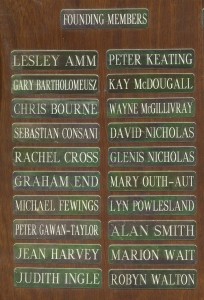 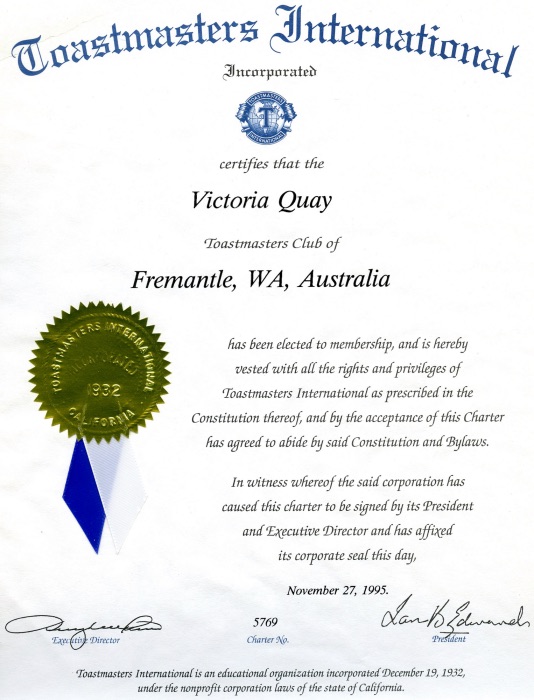 So this will be our second 20 Year Anniversary

We have kept detailed records of

We will be celebrating our second 20 year Anniversary at our regular meeting, #1044, on Wednesday, Nov 25, 2015. During our 20 Year Toastmasters experience we have modified the standard Agenda in some drastic ways which have proved very successful. We welcome visitors – so if you would like to see what we do, contact David at the link below – or just turn up. Check the website for the best parking.