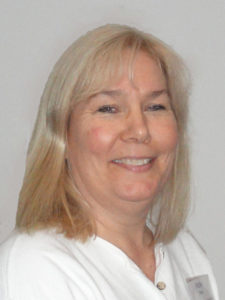 Vicky Post received her award on September 30, 2011. Vicky is a member of Belmont.

I joined Mandjar Toastmasters in 2000, not to improve my speaking skills but because a friend told me it was the world’s best kept secret in Personal Development. During my two year with Mandjar, I completed my CTM (now CC), started on Advanced manuals and held the VPE role.

At Club Officer Training I heard members talk about DTM, but it was completely off my radar at the time. It sounded completely unachievable. I left Mandjar to go travelling around the country side ina caravan. I returned to Perth in 2006 and as soon as I was settled, I joined Powertalk Toastmasters in Rivervale. That was in January 2007 and I have been in Toastmasters ever since.

In 2009 I startd having district officers asking me to take on an Area Governor role. I was hesitant to accept because I was starting up a business venture with a friend. It took me another year to finally agree to take on the Area Governor role. I was working my way through speech manuals and leadership manuals and suddenly, the DTM was within reach. I needed to hold a district officer role in order to tick the last few boxes.

Finally, after completing my year as Area Governor and facilitating a Speechcraft course, I achieved my DTM by July 2011.