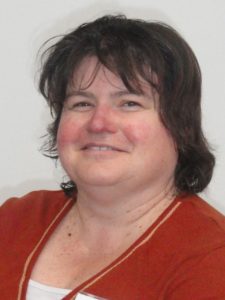 Nola Haddrill received her award on May 8, 2012. Nola is a member of several clubs but lodged her award through Noranda.

A colleague at work asked me one day to come to a Toastmaster meeting. At the time I said thanks but no thanks. Quite some time later I was giving some training sessions at work. After the training had finished, she asked me again, saying it would be a good time to come to a meeting. I went to a JusTalk meeting just to observe. At the next meeting, I participated in table topics and signed up. That was seven years ago and I have come a long way since then.

Since joining Toastmasters I have held six club officer positions, completed a year as an area governor and have nearly completed my term as Northern Division Governor. Over the years I have visited many different clubs and met lots of interesting people.

My journey to receiving my DTM as been an interesting one. Even though I have come to the end of the road, I still have a lot to learn – not just from the Toastmaster program but the people I meet along the way.