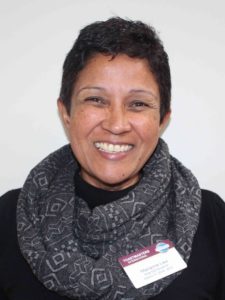 Marianne Law received her award on July 1, 2015. Marianne is a member of several clubs but lodged the award with Kwinana.

In 1998, I had been thinking about doing something about my terror of public speaking, when I saw an article in a local newspaper about a Toastmaster, Marie Tate, who had won the Marion Barnes award. I called the number in the article and spoke to Marie.

I joined Swan Club but later joined Guildford Stars (formerly Morning Star) as a club coach and Kalamunda as a mentor.