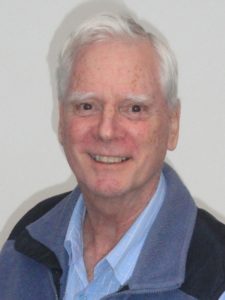 John Palmer received his award on July 13, 2011. John is a member of several clubs but lodged the award with Southern River.

In February 2009 my son Michael invited me to his Toastmasters club to hear him compete in the International Speech contest. I had known Mike was in Toastmasters for several years but had never gone to hear him speak or attend a meeting. When I heard him speak I was blown away. He had never spoken so well in his life! I returned a few weeks later and in April 2009 I joined Canning Vale Toastmasters. I got the speaking bug and visited several clubs to give speeches in the first few months.

Living in a Lifestyle Village I had the notion that there were lots of retirees that would love to start a Toastmasters club. With the help of Mark Richards and David Nicholas we attempted to launch Jacaranda Forrest but after a few months we had only 4 members. At that point we decided to make it a community club in Southern River, distributed flyers, held a Demonstration meeting and chartered shortly thereafter.

About 18 months ago my wife, Brenda, and I set up the Willetton Gavel Club and Willetton Senior High School and have had some amazing successes. I received a beautiful email from the mother of one of our Gaveliers, who praised her son’s ability to give a speech at his grandfather’s funeral in from of 200 guests. To see the growth in confidence and ability in these young people in such a short time is exciting and very rewarding.

One of the highlights of my Toastmasters journey was entering the International Speech competition at the District level and attending the District Convention in Creswick. I was defeated by the contestant who came third in the world! Now I don’t feel so bad.

I would like to continue to introduce Toastmasters training both by setting up new clubs as well as working with high school kids in Youth Leadership and Gavel Clubs.