Victoria Quay is an amazing club

Victoria Quay is one of the 45 top Clubs in the 14,350 clubs in the Toastmaster world.

Toastmasters assesses the performance of all clubs each year through the Distinguished Club Program.
There are 10 possible Goals and a Membership test. 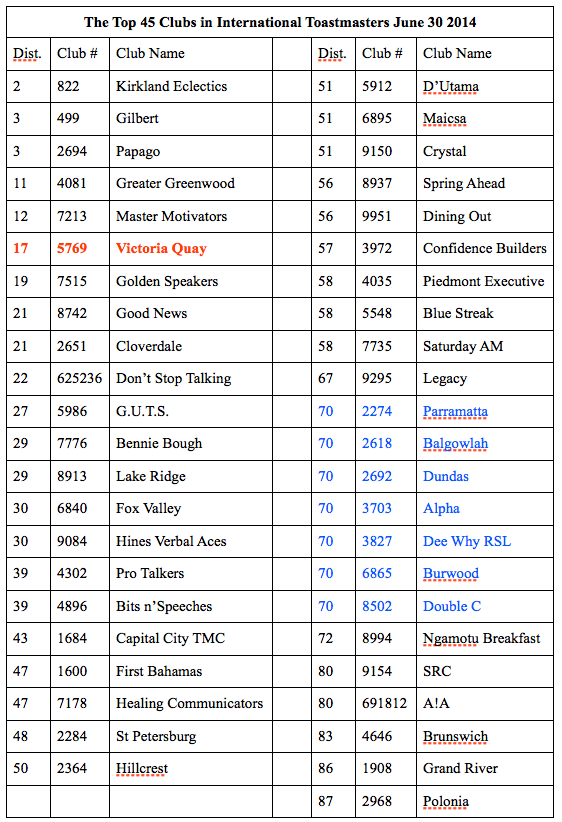 How big is Toastmasters International?

Look at the Top 45 Clubs at June 30, 2014
This list is maintained by an American Toastmaster, Mike Raffety.

There are 4 Australian Districts

District 70 has an amazing 7 Clubs in the list of 45.  They are
Parramatta, Balgowlah RSL, Dundas, Alpha, Dee Why RSL, Burwood and Double C

Our success goes back further

This list only covers the years back to 2003/04 because that is when Toastmasters International put its records online. The current Distinguished Club Program began in 1999/2000. In that first year Victoria Quay was the only club in Western Australia to achieve the full 10 Goals and we have continued to do it ever since – that is for the full 14 years. You can see the club’s long term record at About Victoria Quay